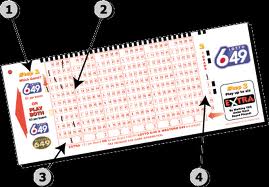 OK I get one is 45 times more likely to get struck by lightning than winning the lotto.

I also get that working toward something worthwhile has a greater chance of providing monetarily success than plunking down a few buck each week at the nearby convenience store.

I also get that despite the fact despite all these state lotteries were sold on the grounds that they would bring billions to schools – the schools are all broke.

What really gets me is when I am in a big hurry at the gas station and I go into the convenience store to deal with a clerk (because of something wrong at the pump) I am forced to deal with one of these Lotto Jackasses. I am forced to stand behind some Lotto freak who makes everyone wait while the clerk scans dozens of their losing tickets.

Who are these people?

These are people who have their own special Lotto accessories! A special pouch for their tickets. They seem to have some method. It all seems very serious.

Well, Jackass, why don’t you take all that Lotto energy and convert it into something useful?

One final thing on forwarded emails. Microsoft isn’t sending you any money for forwarding. There is no one in Africa who is sending you 30 million USD if you open an account for him to put it in. You aren’t getting luckier by sending a bunch of emails to people you know. Andy Kaufman isn’t…

As far as I can see, the ONLY reason to use the word “plethora,”  as opposed to “many” or “a lot,” is to let the world know you are a big pompous jackass. We get it, you are so smart that you need to let us idiots all know by using a big word when…

It’s bad enough that people insist on forwarding you their unfunny and offensive emails – but wait – there is something worse that often occurs in tandem displaying even more jackassery. This is when the person who took the time to click the forward button, go through their email client to add ALL the names (often one…

Bring up Amway with me, you’ve crossed a line. Sorry there is no “hope in soap” for me! I don’t want to buy your stuff. Nor do I want to get in business selling your stuff to my friends so you can make more money. I don’t care how good it is, how concentrated it is,…

Here’s another great jackass I am sure you know. This is the guy in the convenience store/gas station who is talking on the phone (usually loudly in another language) that continues to talk while you are trying to consummate your transaction. This is wrong for so many reasons. Above all it is just rude. I…