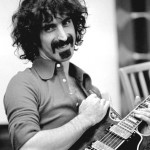 If there ever was a “moment” for these patches of hair on the chin, I think it passed with the early and sad death of its greatest progenitor Frank Zappa.  He is the only person (besides Rene Descartes and the Three Musketeers) who made this half-a-goatee hip and cool.

Plus, his patch was thick and full. Zappa was clearly committed to the patch.

This is in stark contrast to the many girly men metro-sexuals who sport some wispy patch of  near beard.

Zappa pulled it off. Not a surprise because he pulled a lot of stuff off. He’s in the Rock and Roll Hall of Fame. He was the “real” deal.

Many sporting this facial hair aren’t any “deal” at all. They are merely posers.

The consolation is nothing screams, “I so wanna be cool – but aren’t!” than this precious patch of lower lip stubble.

Howie Mandel wears one. So does Billy Ray Cyrus.

So if you wake up tomorrow and look and the mirror and see one of these patches in your mirror, shave it off you jackass!

President Obama on Tuesday said he cannot guarantee that retirees will receive their Social Security checks August 3 if Democrats and Republicans in Washington do not reach an agreement on reducing the deficit in the coming weeks. “I cannot guarantee that those checks go out on August 3rd if we haven’t resolved this issue. Because…

Timeshares are a freaking rip-off. Nothing more than another money-making vehicle dressed up as some kind of “special value” or better yet, “investment.” These things are total dogs, and all you need to do is look at the current “timeshare resale” market and you’ll see people literally giving them away. Pay the ridiculously high annual…

Is there anything more annoying than a person who presents one groundless opinion after another like a machine gun to the collective intellect of mankind? These people develop, unchallenged, for years at time in such a way that their opinions morph into facts (at least in their own mind). Give ’em a soapbox and they…

Many years ago some MBA Jackass figured out they could sell more fries by simply asking every customer “would you like fries with that?” after they place their order. Great right? Seriously what’s the big deal here? The big deal is that this simple and seemingly harmless question has morphed into an obnoxious and ubiquitous strategy for…

Parking lots, another huge concentration of Jackasses! There you are, in a full parking lot, desperately trying to find a space. You are not alone as other cars are following you throughout the lot. Maybe it’s even raining or snowing adding urgency and drama to the event. Then you think it’s your lucky day as…