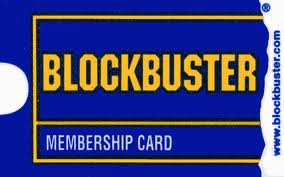 As much as I hate to call out a retailer by name, no real choice here. I cannot describe the incredible glee I felt watching their demise.

This because every time I went to Blockbuster store, I felt as if I just got screwed. Unreasonable late fees, popular movies out of stock or not even stocked, insistence you join their stupid club, and my favorite, overcharging for the replacement of a lost film. $79.95 for a VHS tape? Clearly this was a company run by Jackasses. They are so infamous that there is even a ihateblockbuster.com site.

Even with their demise the jackassery hasn’t stopped. The other day I got yet another spam-email from them for their Blockbuster Express store.  Again, I  clicked on unsubscribe only to get, you guessed it, a useless broken link! I can’t unsubscribe! It’s some kind of Blockbuster hell where they keep doing it to us in perpetuity!

Jackasses all the way to the bitter end.

Those requiring more evidence read here from Ben Fidler of The Deal:

But Blockbuster had become a mess years before negotiations had even been broached. The digital format has come to dominate the video rental business, thanks to mail-order DVD rental provider Netflix Inc., video-on-demand services from cable providers and vending machine suppliers such as Redbox Automated Retail LLC, which offers $1 DVD rentals through supermarket kiosks and other outlets. But Blockbuster and its brick-and-mortar rivals were slow to pick up on these innovations. Its two biggest competitors, Movie Gallery Inc. and Hollywood Entertainment Corp., which merged, disappeared after Movie Gallery underwent two bankruptcies and eventually liquidated. In fact, Blockbuster was so out of sync that it launched an eyebrow-raising, unsolicited $1 billion bid for electronics retailer Circuit City Stores Inc. in April 2008 that it luckily withdrew three months later. A year later Circuit City liquidated.